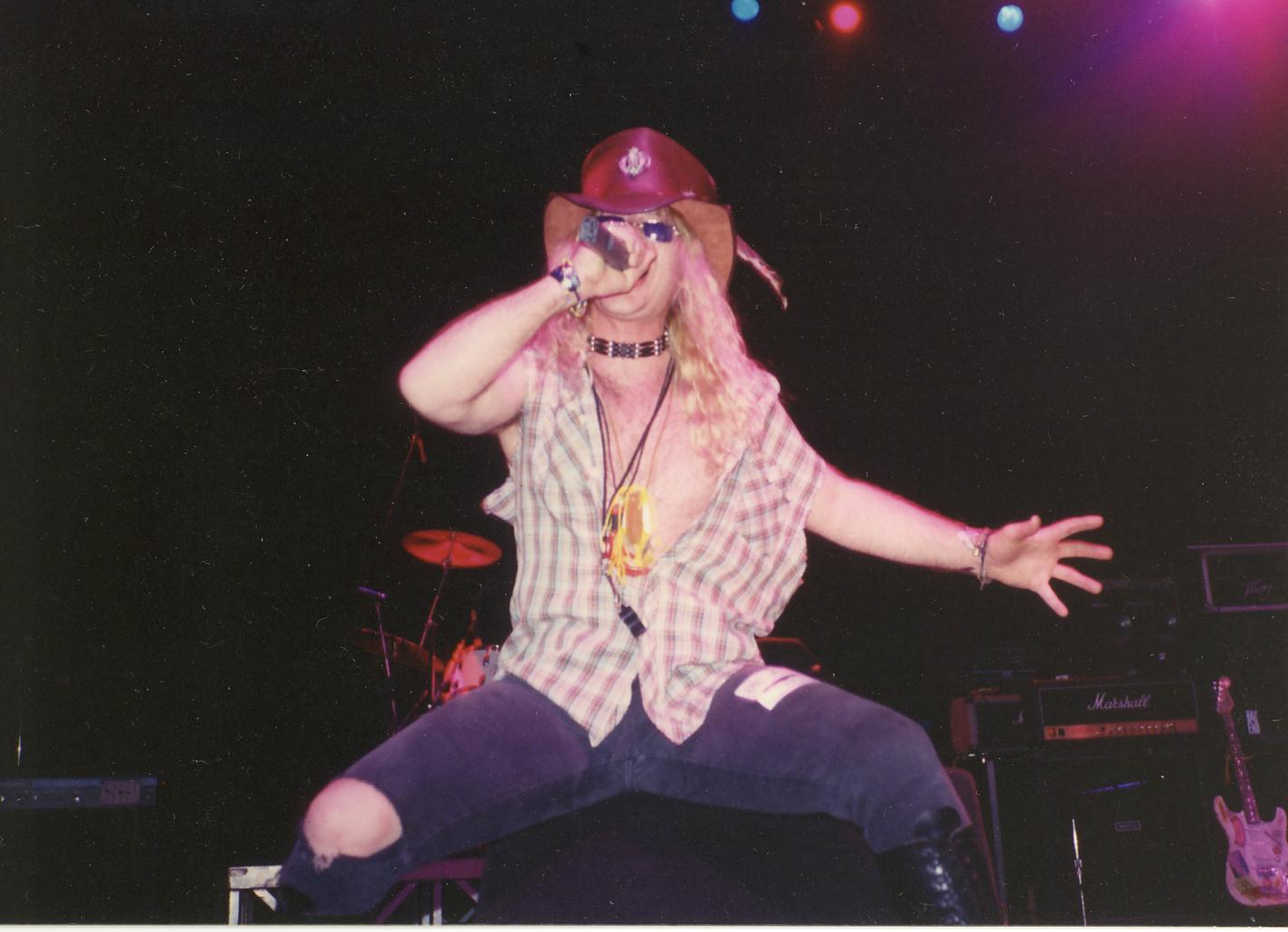 Above: 1994 Dante performing at Chicago's Aragon Ballroom with GATORBAIT

Dante's father was a New Orleans trained musician and recording artist. Dante's mother even recorded a few vocal tracks on his fathers 45-LP recordings. Dante's grandmother (on his fathers side) was also somewhat of a celebrated vocal entertainer of the 40's-60's standards.

In 1987 Dante returned to academia as a music major to further his education in the recording arts.

In 1989 Dante began writing new material that would eventually become the style & standard for which he would be widely known and later would be coined 'Rockabilly'. Dante formed 'TUNG-N-GRUV' with drummer Michael Shannon and after some macinations would become celebrated across the western USA. Performing and recording until 1992 when Dante relocated to Chicago to perform and record with the 'DUECES' (FMI Records).

Dante would eventually move on to form 'GATORBAIT' with his good friend guitarist T.C. Gauss (Tommy). Dante wrote many songs with Tommy and Gator Bait recorded their first demo in 1994 at Keith Marks Studio (of STYX) in Chicago and performed locally opening for many high profile recording artists.

With the advent of a new son, Dante relocated to Jacksonville Florida in 1995 to resume his education and to raise his sons. Dante continued to compose new material and record with other musicians however his performances became fewer as he settled into his new role of father, provider, and student.

Today Dante enjoys composing and producing music in his own studio, playing music with his sons and jamming with buddies for fun. 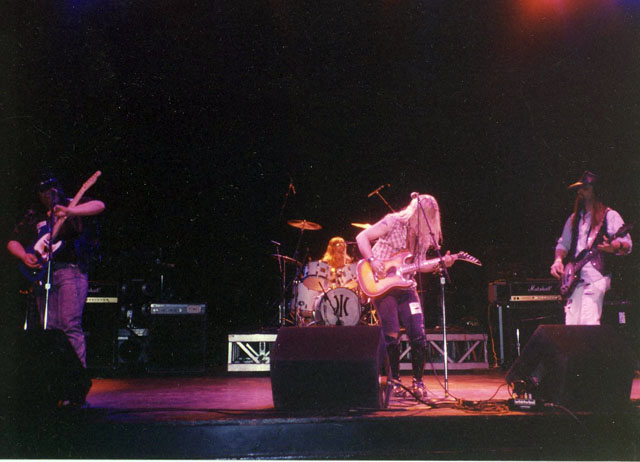 Above: 1994 Dante performing at Chicago's Aragon Ballroom with GATORBAIT

More to come as time permits.